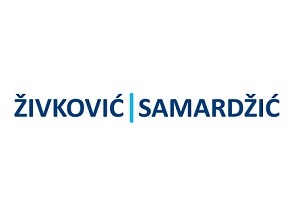 Živković Samardžić has advised Joberty, an online IT business platform that connects employers and candidates into a transparent ecosystem, on early-stage investment by angel investor, Kroog Ventures. With the investment of USD 350,000, this high-potential project has reached a value of as much as USD 3.3 million.

The initial capital will be used to expand Joberty platform in the region, the European market and beyond. Since its inception, the platform has numbered over 27,000 IT professionals and 600 companies, despite the many problems caused by the COVID-19 pandemic.

Joberty is an online platform founded in August 2019, created as a startup. The purpose of the platform is to enable employees in IT companies to share their work experiences, candidates to find jobs in the IT industry, and IT companies to find relevant candidates for their jobs. With this approach, Joberty provides the wider community with the opportunity to gain additional insight into the work ethic and culture of IT companies, thus increasing the transparency of the rapidly evolving IT community. The goal of the platform is to expand throughout the region, but also throughout other continents, especially throughout the US markets.

Kroog Ventures is an investment platform focused on European technology startup projects. It was founded in early 2021 and is investing in the early stages of development. It consists of entrepreneurs, technology seniors and experienced businessmen. Kroog Ventures supports startups not only financially, but also with strategic and operational support, as well as the access to the international network and capital markets.

Živković Samardžić acted as legal adviser to Joberty on all aspects of the deal, including structuring the transaction, drafting and negotiating of transactional documentation, as well as assisting with the preparation and execution of the closing process. The Živković Samardžić team that has advised Joberty on this deal was led by Partner Igor Živkovski. 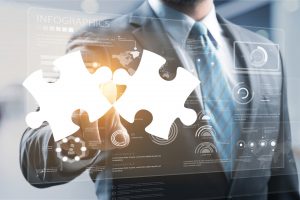 The Eurobank Group is a dynamic banking group active in six countries, with total assets of €67.7 billion and 11,394 employees. Established in 1990, the Group expanded through organic growth to become a leading force in Greek banking sector. In Serbia, Eurobank (after two successful acquisitions – Poštanska banka and Nacionalna štedionica) is today among the leading foreign investors and financial institutions.

Direktna is a modern, domestic and universal bank, whose business strategy is focused on business with the population and the economy. It was created by the purchase of KBM Bank, then Findomestic BNP Paribas and Piraeus Bank a.d. Beograd, which formed a strong and stable financial institution.

The combined bank (“Eurobank Direktna”) will have total assets in excess of €2bn, total equity above €300m and, accounting for the expected fully-phased synergies, pre-provision income and net income in excess of €50m and €35m respectively.

The combined bank’s market share will exceed 6.5%, in terms of total loans, making the bank the seventh largest in Serbia.

After the completion of the Transaction, Eurobank will control c. 70% of the combined bank while Direktna’s shareholders will own the remaining 30%. Both parties have committed to a growth-oriented business plan, incorporating ambitious expansion targets that will allow the combined bank to finance the Serbian economy and grow profitably in the next few years. Part of the Transaction is the payment of a dividend/capital return to Eurobank. The Transaction is capital neutral for Eurobank and earnings per share (EPS) accretive by 3% post synergies.

Completion of the Transaction is subject to customary approvals by the competent regulatory and supervisory authorities and is expected to take place during the last quarter of 2021. The Živković Samardžić team provided legal assistance and advice both involved banks on the Transaction. This deal was led by Partners Branislav Živković, Uroš Đorđević, Igor Živkovski and Sava Pavlović.

Živković Samardžić Advises Trigal on Its First Investment in Serbia 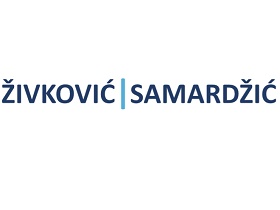 Živković Samardžić has advised Trigal on its investment in 5 urban lighting regeneration public-private partnership projects in Serbia. Projects are led by Resalta, the provider of energy services in the region, and include installation of new LED lights in 5 municipalities, which will bring significant savings. Lifetime of the projects is 13 years remaining.

This ESCO projects portfolio is the latest one in Trigal’s infrastructure portfolio and comes after implementation of this kind of projects in North Macedonia and Croatia. The term ESCO stands for energy service company and the model allows those companies to carry out energy services without the clients having to invest their own capital in the projects.

KGAL and Triglav insurance combine over EUR 23.2 billion of assets under management and joined forces to create Trigal, with a goal to become the leading real asset investment management platform for the Adriatic region.

Živković Samardžić acted as legal adviser to Trigal on all aspects of the deal, including the legal due diligence exercise, structuring the transaction, drafting and negotiating of transactional documentation, assisting with the preparation and execution of the closing process and all-encompassing legal advisory regarding post-closing activities.

The Živković Samardžić team that has advised Trigal on this deal was led by Partners Igor Živkovski and Sava Pavlović.