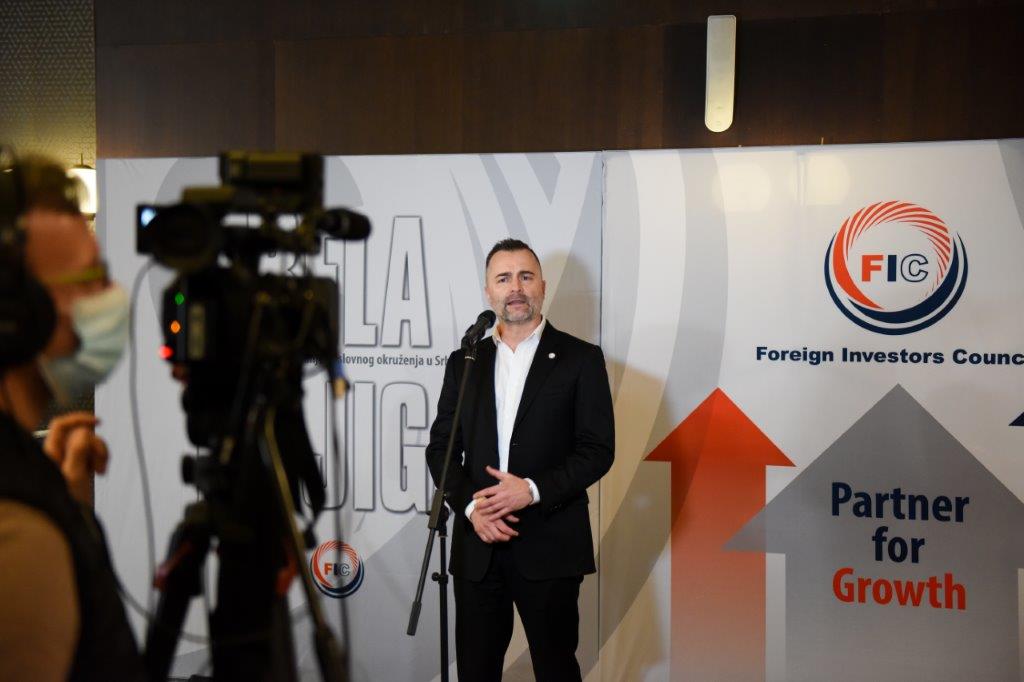 White Book Launch on November 15 attracted high media interest, with numerous reports from the event, and several media appearances on a day of the event and the following day. On the day of the event FIC Executive Director Aleksandar Ljubic gave statement to the Tanjug agency and was guest on the morning programme of the state TV RTS, while day after the Launch he was a guest at Pravi ugao show on the public broadcaster of Vojvodina province RTV.

In a statement for Tanjug ahead of the WB Launch, Aleksandar Ljubic said that predictability is of utmost importance as the living standard comes only through the development of the economy. “We only redefined our priorities to promote digitalization as a first priority, having in mind the new reality that incorporates working from home, social distancing and many other effects and situations that we weren’t used to before the coronavirus pandemic struck”, he said.

In a morning show at RTS ahead of the event, FIC Executive Director said that the general WB recommendations include acceleration of the European integrations of Serbia, fiscal consolidation and better law implementation. Digitalization has been in focus for quite some time already, and the engagement was intensified in the last two years in the context of the COVID-19 pandemic. Important projects and initiatives were mentioned, such as digitalization of bill of exchange, FIC major initiative Digitalization of financial services and digitalization in health.

On November 16, at the Pravi ugao show Aleksandar Ljubic cited White Book Task Force as a way to improve the implementation of the FIC recommendations. He said that, while FIC counts mostly large companies as members, it pays great attention to the development of the SMEs and start-up projects, having in mind their importance in business chains and the economy as a whole. Discussion also evolved around the importance of digitalization, liberalization of labour rules, employment of foreigners and environmental standards.

On November 25, Nedeljnik weekly published an article dedicated to the WB Launch. It presented main data on White Book, and some of the key messages from the event. The article can be accessed here.