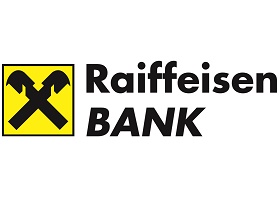 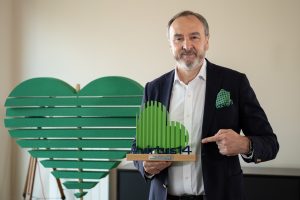 Raiffeisen banka received the VIRTUS philanthropy award at the annual award ceremony organized by Trag foundation. The Award for Long-term Partnership Between the Corporate and the Non-Profit Sector was bestowed on the bank for its long-standing partnership with the Yugoslav Drama Theatre (JDP).

The VIRTUS philanthropy award was established in 2007 with the aim to distinguish and support representatives of the corporate sector and citizens, who by their philanthropic activities contribute to the development of communities they live and work in strategically and in the long term.

The partnership between Raiffeisen banka and the Yugoslav Drama Theatre, now in its 16th year, is an excellent example of long-term successful cooperation of the corporate and the non-profit sectors, as well as an example of the mutual benefits that can result from it for the community, with the citizens, fans of high-quality theatre art, benefiting the most.

In the year when Raiffeisen banka is celebrating 20 years of business activities in Serbia, it is proud of the many philanthropic projects it organized during that period. The aim was always to “give back” to the community part of the business success through investing into true values (sports, culture, education), as well as by supporting those who are most vulnerable. 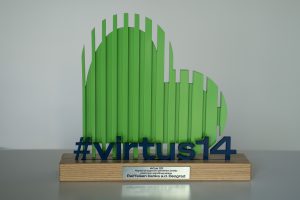 “Among the many partnerships, the long-standing cooperation with the Yugoslav Drama Theatre is especially prominent. It has not only been of the longest duration, but it also reflects in the best manner the bank’s effort to tie its name to true values and support content of the highest quality”, Zoran Petrović, Chairman of the Managing Board of Raiffeisen banka, stated on this occasion. “We are proud of our cooperation with our friends from the Yugoslav Drama Theatre, who have been offering exceptional theatrical content throughout the years not only in our country, but also beyond. An award such as this is very specific, because it is not awarded for measurable business results, but for that which has no material value, albeit contributing to the empowerment of society and maintaining of its spiritual health, which is direly needed, especially in challenging times such as these”.

Raiffeisen banka a.d. Beograd is a member of Raiffeisen Bank International, one of the leading banking groups in Central and Eastern Europe. It began its business activities in Serbia in 2001, and is now developing its activities in three segments: retail banking, corporate banking, as well as treasury and investment banking. Please contact the Marketing & PR Dept. for all additional information, phone No. 011/2207-306.

Trag is a regional foundation operating in Serbia, Montenegro and Bosnia and Herzegovina. It has been supporting and inspiring citizens for 21 years already to take part actively in the development of their local communities where they live or work. Trag foundation empowers people who believe that common initietives can have a big impact and who wish to initiate positive changes in their communities. In the course of the past two decades, Trag foundation has supported more than 1,500 successful projects through numerous programmes, with more than USD 14 million invested across Serbia and the region.