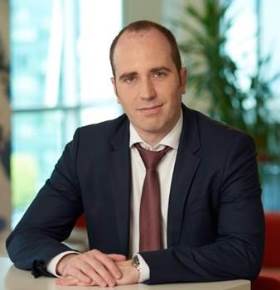 One of our priorities during the period ahead will be to return to issues related to improving tax regulations and practises, alongside greater transparency and the timely public presenting of all draft regulations. This is an area that deteriorated even further during the pandemic.

As has been the case in other spheres of economic life during the previous year, the COVID-19 Pandemic also marked the area of taxation significantly. Taxpayers were confronted by aggravated conditions for doing business, while the attention of the Government of the Republic of Serbia was directed towards measures aimed at helping the economy and countering the negative consequences of the pandemic.

Considering the situation, it was to be expected that there would a lower level of activity related to changes and improvements to tax regulations. Among the most significant introductions, I would highlight amendments to the Law on VAT and the adoption of the unified Rulebook on VAT, which we had expected during the previous few years and which has united numerous different bylaws with the aim of easing the navigating of this matter for taxpayers and the Tax Administration. The amendments to the Law on VAT have, to a certain extent, changed the rules regarding the VAT handling of construction activities, which had the aim of clarifying pre-existing confusion and problems, but have also raised a number of new issues. We have also seen the regulating of issues of VAT on investment funds, digital assets, the full or partial transfer of assets etc. Late 2020 also saw several amendments to the Law on Profit Tax and the Law on Personal Income Tax, which also prescribes the taxing of investment funds and digital assets. Free trade agreements have been concluded with the UK, following its departure from the EU, and with the countries of the Eurasian Economic Union.

The Foreign Investors Council has been highlighting the lack of transparency and public discourse in the area of changing tax regulations for years. In the period prior to the pandemic, certain progress was achieved in the form of the continued activities of the Working Group tasked with implementing the recommendations contained in the FIC White Book, and in open discussions with the Ministry of Finance on certain important tax issues and problems. However, despite our expectations, there was no continuation of the constructive dialogue with the Ministry of Finance during the previous year. Some of the aforementioned amendments to tax laws were implemented without adequate and timely public scrutiny, and without essential public discussions. That’s why one of our priorities in the period ahead will be to return to the issues of improving tax regulations and practises, alongside greater transparency and the timely public presenting of all draft regulations. In addition to this, we will also insist on the resolving of the most important tax issues and problems from the previous period that were side-lined due to the pandemic, but which remain very relevant – such as changes to property taxes, the fair valuation of assets for the purposes of determining profit tax etc.

Despite our expectations, during the previous year there was no continuation of the constructive dialogue with the Ministry of Finance regarding the implementation of recommendations contained in the White Book

The aggravated conditions for doing business that came as a result of the pandemic have imposed an accelerated transition to electronic communication and the use of new technologies on the Tax Administration and companies. This has also, on the other hand, placed an even greater emphasis on the importance and need to quickly complete the reform and modernisation of the Tax Administration.