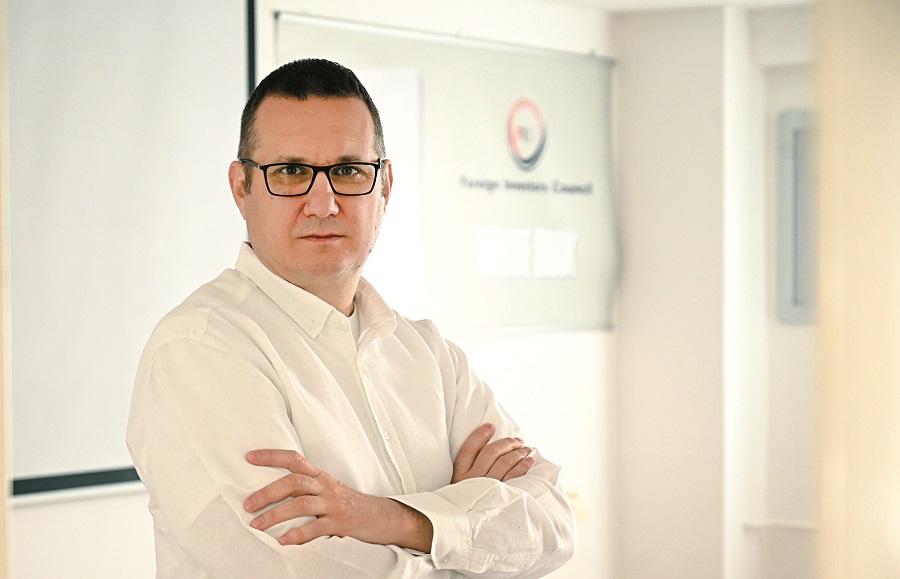 We Passed The Test

We’re proud of the way FIC members have responded to the challenges brought by the pandemic. Our companies have demonstrated solidarity and responsibility, both towards society and towards their partners and other members, with one guiding idea – to overcome together, as painlessly as possible, the first shock of confronting the unknown.

From this perspective, everything seems like a dream to me, says FIC Executive Director Aleksandar Ljubić. This organisation, which is this year celebrating 18 years of successful work and constant growth, has behind it a dynamic period during which both the association and its members adapted to the challenges of the epidemic as they emerged.

“Many of our companies directed their donations towards the procurement of health equipment and assistance, in order for the health system to stabilise. Simultaneously, as soon as the state of emergency was declared, we – as an organisation – established very good communication with the state and other business associations, and made our capacities available to the state for shaping its package of measures intended for the economy. Member companies also expressed their responsibility and solidarity by sharing all information available to them, without taking into consideration the fact that they are each others’ direct competitors on the market,” explains our interlocutor.

Was it challenging to help your own members during the COVID-19 outbreak?

– Our members mutually shared all corporate information related to preventing and combatting the spread of infection, and as an organisation we supported them in the timely distribution of that information in real time. Every day, from hour to hour, 24 hours a day, we informed member companies about everything that was happening, because we wanted them to receive more confirmation that the FIC is present at all times to provide them with relevant information and remove any doubts they might had had regarding work permits, movements during the curfew or the organising of late shifts at factories.

We had exceptional cooperation during this period with the Delegation of the European Union in Belgrade. The swift reactions of the Delegation confirmed the EU’s commitment to Serbia and, on the other hand, our country’s commitment to European integration, which was also evident through the very quick establishing of green corridors that were vital for the procurement of medical equipment, the functioning of agriculture and food processing, and the continuation of export operations.

What have you done in order to maintain the dialogue among members and between the membership and the Government?

– The time of the Coronavirus emphasised the essential need for digitalisation, for a change in regulations related to remote work, work from home and the digital agenda, which the FIC began preparing for instantaneously. I believe that we’ll be ready to propose a three-year plan of work on digitalisation to the State at the beginning of September, based on the knowledge that our companies possess in their home countries, firstly in the financial sector, then later also in other areas.

What do you consider as the FIC’s greatest strength when it comes to providing comments on the Serbian Government’s proposals for mitigating the crisis’s impact on the economy?

– The FIC’s strength springs from the strength of its members. The basic objective of the association is to influence improvement to the business climate in Serbia by providing concrete proposals for reforms. Our members gave their full contribution to helping the state structure measures to support the economy in the best possible way. Almost all of the FIC’s proposals have been adopted, which means that we were on the same wavelength as the government. It’s important to note that the FIC brings together mostly large companies, which weren’t hit by the first wave of the pandemic, but as a responsible association, and with responsible companies comprising that association, we wanted to protect the chain of our suppliers, which is comprised of small and medium-sized enterprises. 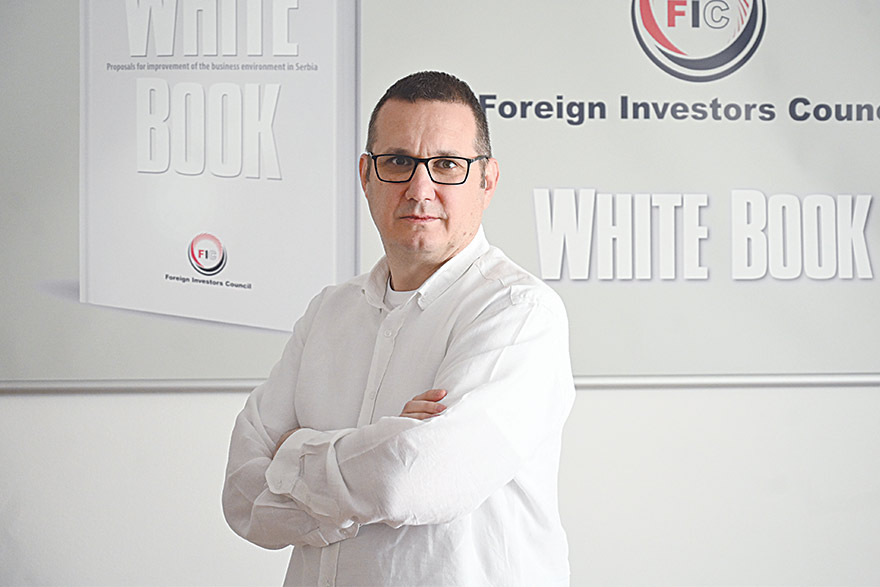 Was it challenging to maintain a democratic spirit in electing the new leadership of the board of directors?

– We organised ourselves to function fully online very quickly, and under such conditions we managed to conduct elections for our boards successfully. Interest was very high and there were a lot of candidates, which shows that companies consider their own organisation and want to participate in elections and be candidates. Elections for two more committees remain to be held in the autumn, which we’ll conduct in the same technical way as these previous ones. With this we will complete the composition of the management and the board of directors and head, we hope, towards a better year in 2021.

How did quarantine requirements impact on the FIC’s planned activities and what do you consider as your next biggest task?

– Despite the state of emergency, we had several exceptionally well-attended round-tables regarding the issue of the cadastral register, with the Ministry of Labour, Employment, Veteran and Social Affairs, the Ministry of Finance, the Ministry of Trade and Telecommunications, and other ministries with which we cooperate. We also organised our standard events that see companies help each other interpret certain regulations, and we also had several seminars related to money laundering and other regulations.

For the coming autumn we’re preparing a presentation of the White Book, which is our biggest event that includes the participation of almost all foreign companies, the diplomatic corps and government representatives. If the situation doesn’t ease, we’ll organise it with an online format, but we’ll try to be innovative because we believe that such an important event deserves to be commemorated in the right way.