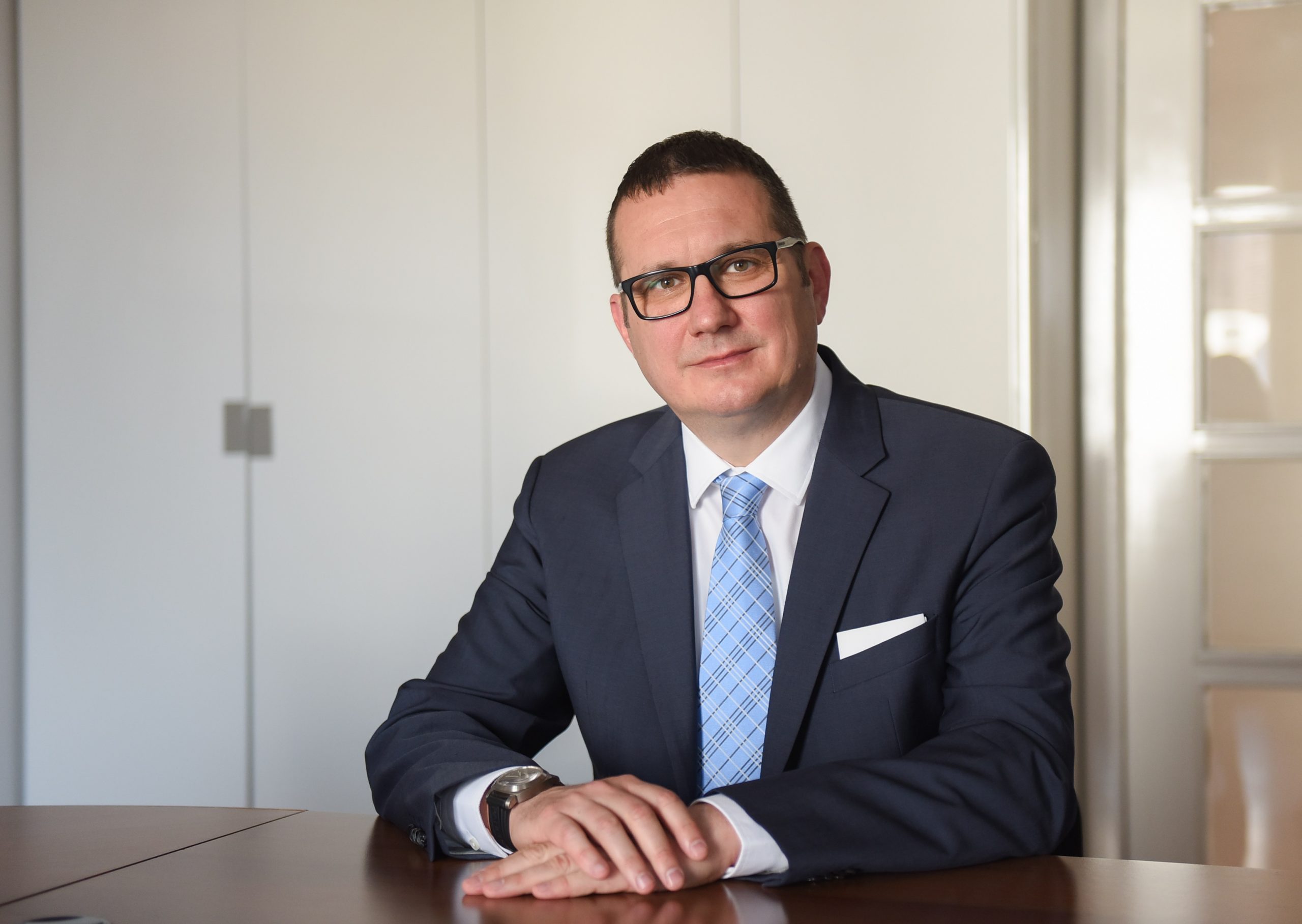 Digitalisation Is Our Imperative

Companies adjust their operations and business policies in almost real time, and the Foreign Investors Council, as their shared house, endeavours to respond to the new needs that they have as a result of the challenges brought by the new reality at the global level. 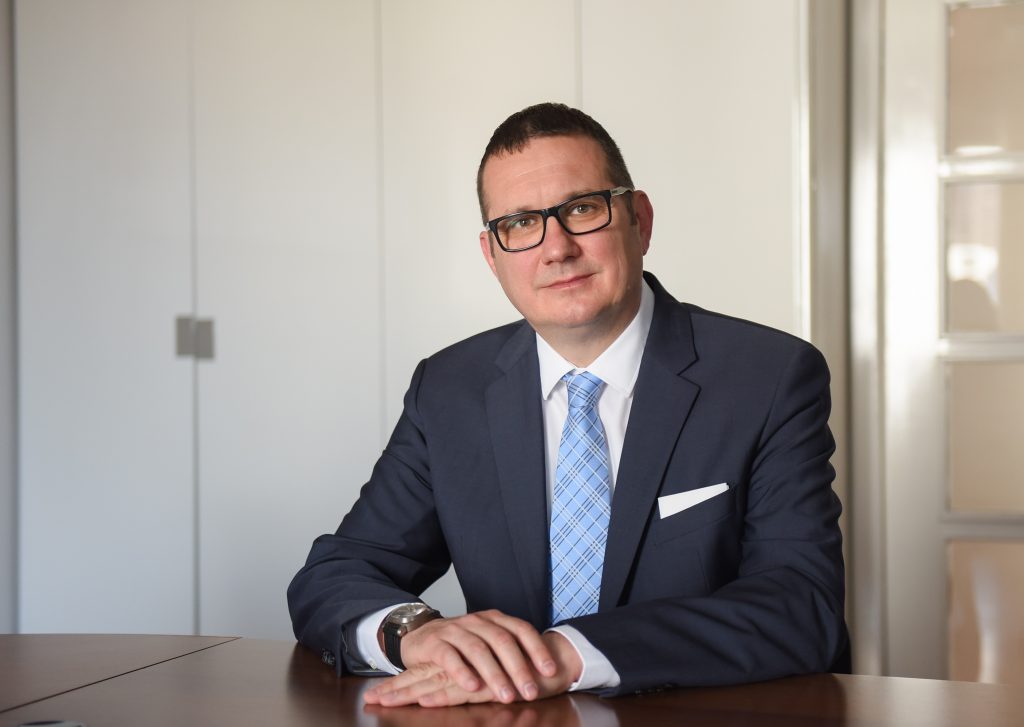 The last two years have brought major changes to our daily lives, but also to the way companies, our members, do business, says FIC Executive Director Aleksandar Ljubić. The “new normal” has strengthened awareness among companies that they face the same or very similar problems, regardless of their sphere of activity. This has impacted on the development of more intensive communication, but also the creation of new areas of cooperation within the FIC, explains Ljubić. “As a reminder, together with our partners from the EU Delegation in Serbia, at the time of the pandemic’s outbreak and the general shutdown, the FIC played an important role in the establishment of “green corridors” that enabled supply chains to continue without interruption, but also prevented the collapse of many small and medium-sized enterprises,” notes our interlocutor. Members are today focused on the green agenda, waste management, renewable energy sources, the circular economy and related issues. “It should thus be stated that our member companies, following the policies of their parent companies, almost 80% of which are headquartered in EU countries, are carbon neutral,” says the FIC’s executive director. Digital transformation has “accelerated” in the last two years, which the FIC, or its member companies, advocated for strongly even before the start of the pandemic. “The Council has once again shown itself to be a reliable partner of the Government of the Republic of Serbia, which has marked digitalisation as one of its agenda’s key priorities. We are proud of the initiatives and expert contributions of our members that have produ- ced results in this area and have already been implemented in practice, or can expect to be implemented in the near future, such as the digitalisation of bills of exchange, video identification and the application of electronic signatures in the cloud,” says our interviewee. The FIC launched a serious and extensive initiative at the end of 2020 for the digitalisation of financial services in Serbia.“The aim is to enable almost all financial services to be conducted electronically quickly and free of problems, and for them to be made available to clients, which should lead to the removal of so-called bottlenecks in companies’ operations,” explains Ljubić.

How have communication strategies evolved at a time when we were all switching to digital tools? From the perspective of the FIC, what’s the next priority in the area of digitalisation?

As a business community that brings together large global companies that operate in Serbia and that was advocating for digitalisation in all fields even before the outbreak of the COVID-19 pandemic, we must emphasise that the pandemic only accelerated the use of various digital tools in the operations of our members generally, but also in our communications. We had also previously relied very successfully on so-called hybrid models, because one shouldn’t forget that our members, who come from different economic segments, operate in different parts of Serbia, and it was actually digital tools that enabled communication in real time and the ever more intensive need for coordination, but also exchanges of important information between members. We are aware of the fact that, both during and after the pandemic, the use of digital communication tools will remain highly present in business communication between companies. That’s why we’re continuing to advocate for the further acceleration of the digitalisation of financial services, first and foremost through data exchanges between the Tax Administration and companies (primarily financial institutions) based on the model of a large number of EU countries, and which would eliminate the need for paper documentation. Such solutions would enable, for example, the fully online purchasing of credit products, facilitated and made more accessible to the widest circle of citizens through the use of digital identities/signatures, in a simple way and without high costs. The Foreign Investors Council is simultaneously ready to provide maximum support to raising the digital literacy of citizens. 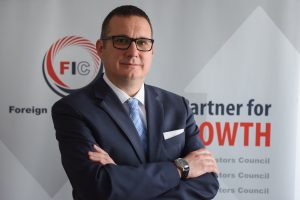 We are proud of the initiatives and expert contributions of our members that have produced results in this area and have already been implemented in practice, or can expect to be implemented in the near future, such as the digitalisation of bills of exchange, video identification and the application of electronic signatures in the cloud

How did you organise this year’s dialogue with the EU Delegation and the European Commission, given your advocacy for Serbia’s faster integration into the EU?

By developing an enduring and stable partnership with the EU Delegation in Belgrade, but also with the European Commission in Brussels, the FIC has continued to promote the advantages of the European path and provide an active contribution to Serbia’s European integration. We have no dilemma over EU membership being the path that Serbia should and must take. On this journey, the FIC remains consistent in its advocacy and in actively contributing by placing its capacities at the country’s disposal, particularly in the area of implementing structural reforms of the Serbian economy, advocating for the corporatisation of public enterprises, the finalisation of the privatisation process, but first and foremost sustainable financial consolidation. In order for this to be implemented, it is necessary to safeguard the improvement of the applying of regulations and to maintain continuous and open dialogue between the Government and the business community. It is only in this way that we can ensure the long term and sustainable improvement of the business climate, and the transparency and predictability of the business environment as a whole, which is important to both our members that have already invested in Serbia and to new investors.

How do you see the Foreign Investors Council developing over the next 20 years?

The FIC marks its 20th birthday this year. At the time of its 2002 establishment, 14 companies, then leading foreign investors in Serbia, with the support of the OECD Investment Compact SEE, recognised the need to actively promote and develop a predictable, competitive and sustainable business environment through open dialogue with the authorities and other significant stakeholders in the society and economy. Today, 20 years on, the Foreign Investors Council brings together about 120 members that have together invested approximately 36 billion euros and employ more than 100,000 Serbian citizens. Within our membership we gather renowned global companies and bilateral chambers of commerce, while the European Investment Bank (EIB) and EBRD are institutional members of our Board of Directors. The circumstances confronting the Serbian and world economy have changed significantly over the past 20 years, and the Council has changed with them, in order to adapt to those changes and respond as effectively as possible to the challenges that our members primarily face, thereby providing a contribution to advancing the overall business climate in Serbia. The values that we’ve advocated for will also remain priorities in the coming period, and our key pillars remain: independence, transparency, expert knowledge, best international practices and, above all, support for European integration.