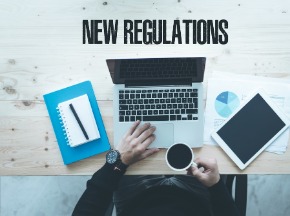 Draft Law on Staff Leasing was adopted by the Government and sent to the Parliament for adoption on August 2.

This comes after a decade long of FIC appeals to regulate this area of employment market to the benefit of all the involved parties, and as such represents a success.  That said, only a minority of recommendations from the FIC Position Paper on the Draft were accepted by the Government, and we will therefore continue to engage for the improvement of this piece of legislation. Main FIC recommendation to scrap the limitation of the maximum share of employees that can be engaged through agencies, or to significantly increase it, was not accepted. The limitation to 10% remains in the text, and even the possibility to increase it up to 30% with the approval of the authorities was excluded. On the other hand, our request to postpone the beginning of the application of the Law in order to enable the proper preparations was favourably heard, and the implementation is now foreseen starting from March 1st  2020, with some parts of the Law planned to be applied since January 1st. Having in mind the interest of FIC members for this Law, Executive Office prepared detailed info – Draft Law with FIC comments highlighted and information on whether they were incorporated and in which extent. The document can be downloaded here below. Work on this Law was delayed for a long time as it was a sensitive social issue, which means that in the past FIC put much efforts on demonstrating the need of its adoption. When the work began, FIC was actively involved by sending PP on the draft in November last year within public discussion and by joining forces with AmCham to send additional letter of recommendations.