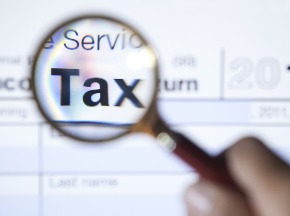 On June 3rd, FIC discussed priority topics on taxation with the Finance Ministry at the Meeting of the White Book Task Force dedicated to that issue. Topics discussed were transparency and predictability of the legislative procedure and electronic invoicing and fiscalization. Taxation Committee Vice President Vanja Korac outlined the need for public discussions with sufficient time to provide constructive comments. She also suggested joint work on regulations in the phasis of preparation of the drafts and more intense communication and cooperation. It was agreed with the Government to organize the working meetings on the FIC initiatives. FIC will submit a position paper. When it comes to the Laws on Electronic Invoicing and on Fiscalization, Vanja Korac welcomed the intention of the Government to regulate those important areas, and outlined the readiness of FIC to take more active participation in the process in line with the expertise. Ministry representatives accepted the proposal, saying that the bylaws will be published in the upcoming period.  It was agreed that FIC revises the Working plan of the TF and include the new topic. Government was represented by State Secretary of the Finance Ministry Slavica Slavicic, Assistant Minister for Fiscal System Department Dragan Demirovic, and the Government’s advisor Mihajlo Zivkovic while the FIC Delegation included Taxation Committee Vice President Vanja Korac and Regulatory Officer Tanja Jovanovic.