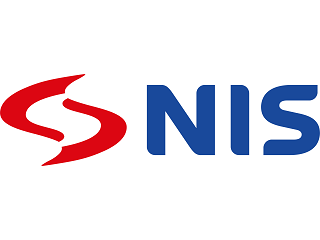 Main activities consist of exploration, production and oil and natural gas refining, sales and distribution of a wide assortment of petroleum products, as well as the realization of projects in the fields of petrochemistry and energetics.  In addition to Serbia, NIS is also developing its business in the Balkans region. Regional expansion is taking place in two main directions – in the field of oil and gas exploration and production (in Romania and Bosnia and Herzegovina) and through the development of a retail network (in Bulgaria, Bosnia and Herzegovina and Romania).

The Russian company Gazprom Neft owns 50% of the share capital of NIS, GAZPROM has 6.15 %, while 29.87% of shares are in the ownership of the Republic of Serbia. The remaining portion belongs to the citizens, employees, former employees and other minority shareholders. NIS shares are traded at the Belgrade Stock Exchange.

NIS is the only company in Serbia engaged in the exploration and production of oil and gas. NIS’ activities in this segment also include operative support to production, management of oil and gas reserves, management the development of oil and gas reservoirs, and major exploration and production projects. Most of the NIS’ oil deposits are in Serbia, but the Company carries out exploratory works in Romania and Bosnia and Herzegovina as well. Exploration and Production Block operates an Elemir-based plant for the preparation of natural gas, production of LPG and natural gasoline and CO2 capture, which has a design capacity of 65,000 tonnes of LPG and natural gasoline per year. In Elemir, there is also the Amine natural gas processing plant, in which HiPACT (High Pressure Acidgas Capture Technology) is applied. The Elemir-based plant is the first HiPACT plant in Europe, and the gas processing method completely prevents carbon dioxide emissions into the air. In the field of exploration and production, scientific and technological support is provided by the subsidiary company The Scientific and Technical Centre (STC) NIS-Naftagas Ltd. Novi Sad.

The Scientific and Technical Centre and its qualified and experienced personnel are in charge of the preparation of geological-exploration projects and the estimation of reserves, the processing of seismic data, developing databases and software, as well as well-equipping designs. The central laboratory, which facilitates the preparation of geological-exploration projects through analyses (core analyses, oil and fluid characteristics), is located in the STC as well.

In November 2020, the Oil Refinery Pancevo introduced a Bottom-of-the-Barrel plant with delayed coking technology. The start-up of the delayed coker unit, in addition to increasing the depth of processing, brings numerous environmental benefits, primarily stopping production of fuel oil with a high sulfur content and reducing emissions of gases and particulate matter into the air.

NIS has its own servicing capacities, which meet the Group’s demands and allow NIS to provide services to third parties. Services Block provides oil and gas exploration and production services through geophysical surveying, well construction, completion and workover, and performance of special operations and measurements on wells.

NIS produces electrical and thermal energy from traditional and renewable resources. Since 2013, NIS has put into operation, on oil and gas fields, at eight locations in Serbia, mini power plants with a maximum power of 14.5 MWe.

Sales and Distribution includes foreign and domestic trade, retail of petroleum and other related products, as well as the wholesale of petroleum products. As separate businesses, NIS develops the supply of aviation fuel, bunkering, sales of lubricants and bitumen. NIS operates the largest retail network in Serbia and its petrol stations are active in Bosnia and Herzegovina, Bulgaria and Romania as well. In Serbia and in the region, NIS operates a network of over 400 retail sites and markets two brands: NIS Petrol and GAZPROM petrol station premium brand.

According to the Statute, the structure of the management bodies of NIS consists of the following:  Shareholders Assembly, the Board of Directors, the Advisory Board and the individual executive management bogy (Chief Executive Officer).