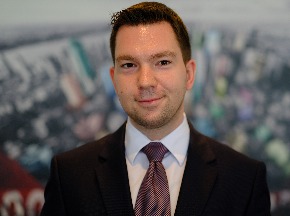 In an opinion article for NIN weekly, FIC Legal Committee President Igor Zivkovski drew attention to the problems in the implementation of the Law on Central Evidence on Beneficial Owners and presented the main changes its amendments are expected to bring.

In a text published on October 17, he in particular outlined that the problems in practice are in part the result of the urgent procedure in the adoption of this Law, as there was no exchange of opinion with the relevant stakeholders. Main problems in practice concern complicated procedure for registration of the beneficial owner residing abroad, as well as high penalties. Those issues were raised ahead of the law adoption, Igor Zivkovski said. He added that there is a need to better define the part of the law regulating criminal acts and offences, for example in order to extend the deadline for those who didn’t register until January 31 and didn’t see any procedure launched because of that.  As a main novelty to be brought by law changes, he cited introduction of monitoring of inscription of evidences, its accuracy, updating and storage of data and documents. BRA is in charge of monitoring and would have the mandate to launch the offence proceeding, except for the financial institutions where the National Bank of Serbia is in charge. As a general conclusion, Legal Committee President said that the adoption of this Law was very important, despite its shortcomings. Not only it contributes to the harmonization with the EU but, more importantly, its good implementation should lead to more transparency in the economy. This would, in turn, contribute to the better legal certainty and rule of the law, increasing Serbia’s appeal as a destination for investments. Article can be accessed here below.