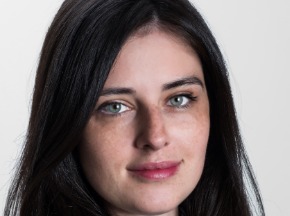 On April 17, FIC Legal Committee member Anja Tasic and Attorney-at-Law at Petrikić & Partneri in cooperation with CMS Reich-Rohrwig Hainz presented FIC views in an expert discussion on the state aid organized by CEVES.

This roundtable was organized around preliminary findings of the project “Harmonization with the competition policy of EU” (Project) run by the Center for Advanced Economic Studies (CEVES), supported by the Royal Norwegian Embassy and under the supervision of the Balkan Trust for Democracy. The aim of the Round table was to share preliminary findings of the CEVES’ research within the Project that focused on the analysis of development effects of State aid in Serbia and harmonization of State aid legislation with the EU acquis. The analysis should be, including based on the inputs from the Round table, finalized and shared with the public on a conference that will take place end of May 2019. The discussion evolved around whether State aid should be used as an active development policy instrument and the ratio and relationship between State aid aimed at foreign direct investments (FDI) and State aid aimed at domestic small and medium enterprises (SME). While all participants agreed that State aid is a necessary instrument of the State’s development policy, the participants overwhelmingly agreed that this instrument cannot function in isolation but needs to be supported by a thought-through policy that looks well into the future and strengthening of the legal framework, legal certainty and transparency. FIC representative drew on positive experiences of FIC member companies and the spillover effects their investments had, noting that such investments often do not rely on any form of State aid. Other participants were largely critical of the State aid policy adopted by the State – the fact that FDI is being overly focused on while domestic SMEs are neglected. The opinion is that FDI State aid acts as a shadow price for underdeveloped business environment and that, along with the State aid, foreign investors receive additional benefits that create somewhat of a parallel business environment reserved solely for them; as a consequence, domestic SMEs are discouraged from participating in the economic processes. The set up and work of the Commission for State Aid Control was also criticized as being de facto dependent of the Government and insufficiently transparent.