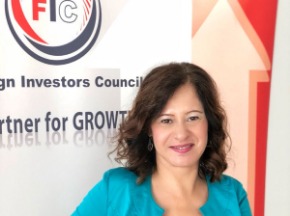 In an opinion for Nedeljnik supplement released on May 9, FIC Executive Director Ana Tozzi explained the importance of digitalization for reforms, EU integration and building regional relations.

“Digitalization makes processes more transparent, efficient and consistent, reducing risk of human error”, she said. She cited some examples of the importance of digitalization in different areas, in particular e-judiciary, e-commerce, and digital platforms and building networks between the state bodies. Ana Tozzi drew attention that the Western Balkans region is lagging behind the EU in terms of digital transformation. Key preconditions for improvement are: political stability as the basis for any reform process; development of infrastructure to enable high quality internet access; stimulating the regulatory framework to enable the full implementation of the E-document regulation and the new Law on E-Commerce; and development of human capital. Without speeding up the reforms, the economic gap would become wider, and the problems such as brain drain would become impossible to resolve, she said. FIC Executive Director concluded the text by saying that Serbia and other countries in the region have the chance to use digitalization as an ace in the hole for catching up with the EU. The text can be accessed here below.