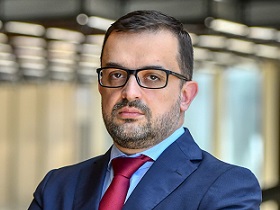 Nenad Radenkovic has been a member of FIC’s Anti-Illicit Committee since 2014. He has been with NIS a.d. Novi Sad from 2013, primarily cooperating with business associations and government institutions.

Nenad has an extensive professional experience from his engagement in a number of state institutions and private companies. He started his professional career in 2001 in the Privatization Agency of the Republic of Serbia as an Expert Associate in the Public Tender Center, coordinating and supporting a number of reputable tender privatizations, such as privatization of Duvanska industrija Vranje.

From 2004 Nenad was engaged in a financial consulting company Focus Capital Partners from Belgrade, and was participating in take-over bid acquisitions of Serbian companies Knjaz Milos and Luka Beograd. Afterwards, he became a Head of Mergers, Acquisitions and Projects Unit in the Investment Banking Sector of Hypo Alpe Adria Bank in Belgrade, organizing and coordinating financial consulting activities within the Sector.

Nenad holds a BA in Finance and Accounting from University of Sheffield, United Kingdom – City College, Thessaloniki, Greece. He is fluent in English and enjoys a business level knowledge of Russian language.